This notification is to inform that there is a name change from Bakerlok to Forumlok. The product will be labeled Forumlok. Nothing about the product changes except the name brand and labeling.

– Withstands high breakout torque: Tests under bottom hole temperatures ranging from 50° through 400° F showed Bakerlok withstood greater torque than a standard joint welded in three places with 2 inch beads.
– Easy Mixing: Bakerlok thread locking compound is specially formulated to ensure a stable mixing consistency in most operational environments.
– Long “Potlife” after mixing: Special formulation (catalyst and compound) in Bakerlok insures a “potlife” in excess of one hour; even at high.
– Unchanged by vibration: At 400° F Bakerlok treated joint was subjected to a steady breakout torque for 8 hours, white being subjected to continuous Air Hammer vibration. Breakout torque was increased to reach six times the prescribed 3,300ft-lb makeup torque, before the joint finally broke.
– High Lubricity: Tests were conducted using Bakerlok side by side with API modified thread dope. With the same amount of torque, the Bakerlok treated joint was cooler, than the joint treated with standard thread dope. Bakerlok has a 1.18 Friction Factor/Torque Factor.
– Leak-proof seal: Couplings made up with Bakerlok thread locking compound, using standard toque, were tested with water pressures in excess of the listed bursting force of the casing, without any signs of leakage. 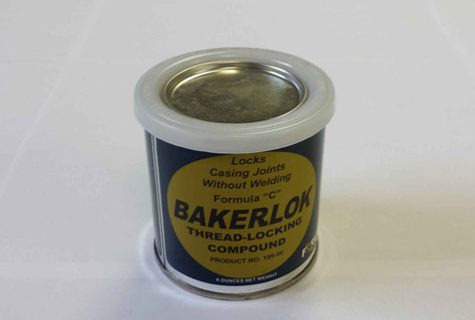 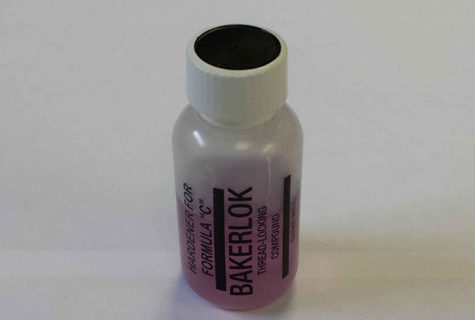 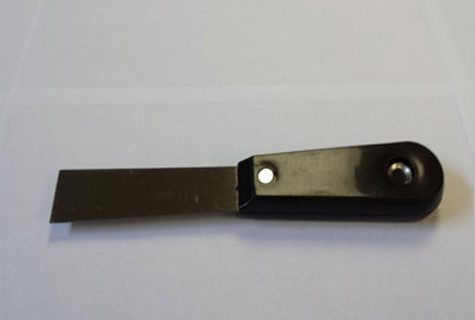 Each Bakerlok kit will lock:

Fast Cure Bakerlok Thread-Locking Compound replaces welding for casing joints on the bottom lengths to prevent unscrewing while drilling out cement. Welding of shoes, couplings, and collars to casing often weakens the casing and should be avoided wherever possible.

OR
send your request below: